East of Kailash – Another Dream Location for Grovy

East of Kailash is a prime real-estate location in South Delhi that is eyed by builders for development.

It is a prime residential and business location. It is surrounded by iconic and famous areas like Greater Kailash Part 1 and 2, Friends Colony, South Extension, Lajpat Nagar, Nehru Place, CR Park, and Kalkaji. Despite its proximity to these areas, East of Kailash does not have the noise and hustle and bustle that is typical of city life. It is a wonderful residential locality, has good infrastructure, and is surrounded by lovely greenery. This itself is a great reason for builders to try and promote this area with niche and state-of-the-art multi-storied buildings, apartments, and villas. 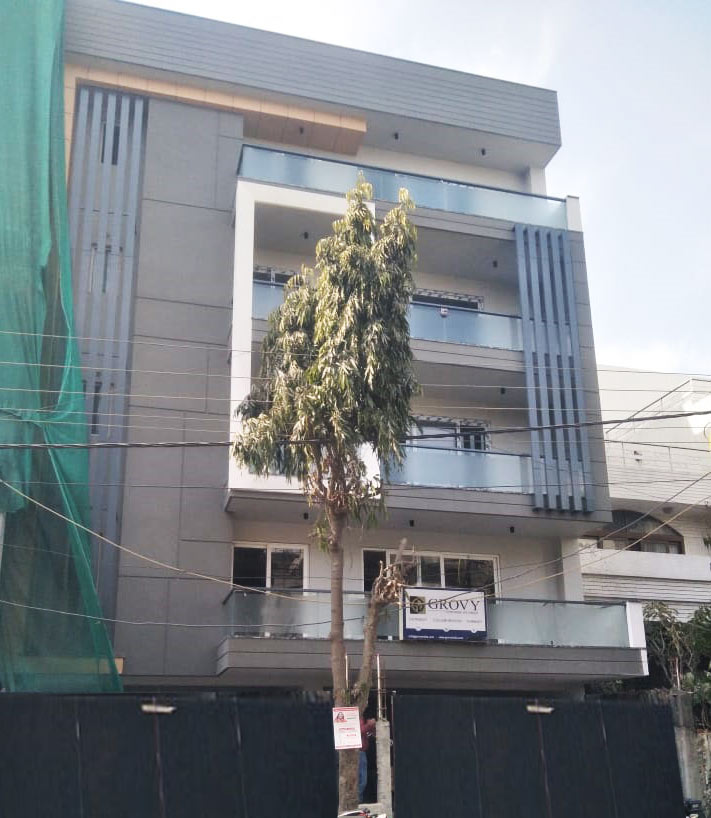 East of Kailash is connected to all major locations in the city via the public transport system. It has fantastic metro connectivity, the nearest stations being Kailash Colony, Nehru Place, and Kalkaji. The Ring Road goes by its side and there are well-developed arterial roads too. The distance between East of Kailash and the New Delhi railway station or the Indira Gandhi International airport is 15-17 kms. The locality already consists of independent houses, builder developed apartments, and of course, DDA flats.

Commercially, some of the major business establishments are around East of Kailash such as, Nehru Place (stone’s throw), Saket District Centre, and Okhla Industrial Area. From the point of retail outlets and shopping malls, East of Kailash is close to the GK 1 and GK 2 M Block markets, the Kalkaji market, the Nehru Place Trade Tower, and the Central Market, Lajpat Nagar. These markets boast of the choicest eateries, bakeries, departmental stores, and some of the best international and national luxurious brands. Next to the Kailash Colony metro station is the famous Modern Bazaar, and there are lovely boutique cafes around East of Kailash.

East of Kailash bears proximity to famous hospitals like the National Heart Institute, Apollo Spectra Hospital, Shroff’s Eye Centre, Fortis La Femme, Sukhda, and Spring Meadows Hospital. Frank Antony, Bluebells, Summer Fields, K R Mangalam and Delhi Public School, besides many others, are close by. Colleges such as Lady Sriram College, Gargi College, and Deshbandhu colleges are very closely situated too. Media houses, five-star hotels, gyms, spas, toddler fun zones, and premium corporate houses have opened their offices close to East of Kailash making it a very prime location for investments by builders and promoters. With the increase in requirements for niche residential complexes and business houses, property requirements are high too in this area and builders in South Delhi lose no opportunity to develop this part of the capital.

East of Kailash is also surrounded by some popular tourist spots found in the city. The ISKCON temple, Kalkaji Mandir, and the Lotus Temple is close by. Chittaranjan Park that is close to East of Kailash, almost becomes mini-Kolkata during Durgapuja celebrations. This is another reason why builders find this area so lucrative to develop. In the last decade or two, while moving around South Delhi, one can always see buildings being constructed in and around East of Kailash on a massive scale. And with metro connectivity on all the metro lines, this place is already becoming a builder’s dream place.

Grovy India Limited, that is constantly setting new standards in the construction business, and raising the bar, is looking at developing East of Kailash in an extraordinary way that will change the entire construction scenario in South Delhi. While most independent houses have been developed by builders into customized multi-storied apartments, Grovy is looking at developing boutique apartments, classy luxurious bungalows, and state-of-the-art office complexes that would almost change the East of Kailash real estate scenario. The established social, civic, and economic infrastructure, the retail opportunities, the connectivity, and the premium ambience of East of Kailash will continue to attract investors in a big way soon.

AND MAKE THE NEXT BEST PROJECT